We often need to schedule pipelines for routine tasks. For example, connecting to a data source each morning at 8am or sending out a report at 2pm every Friday. This guide is about how to build and manage scheduled data pipelines.

A sidebar will open up and will ask for a name, description and worker group.

Drag the Scheduler trigger onto the pipeline canvas as the first component of your data pipeline. 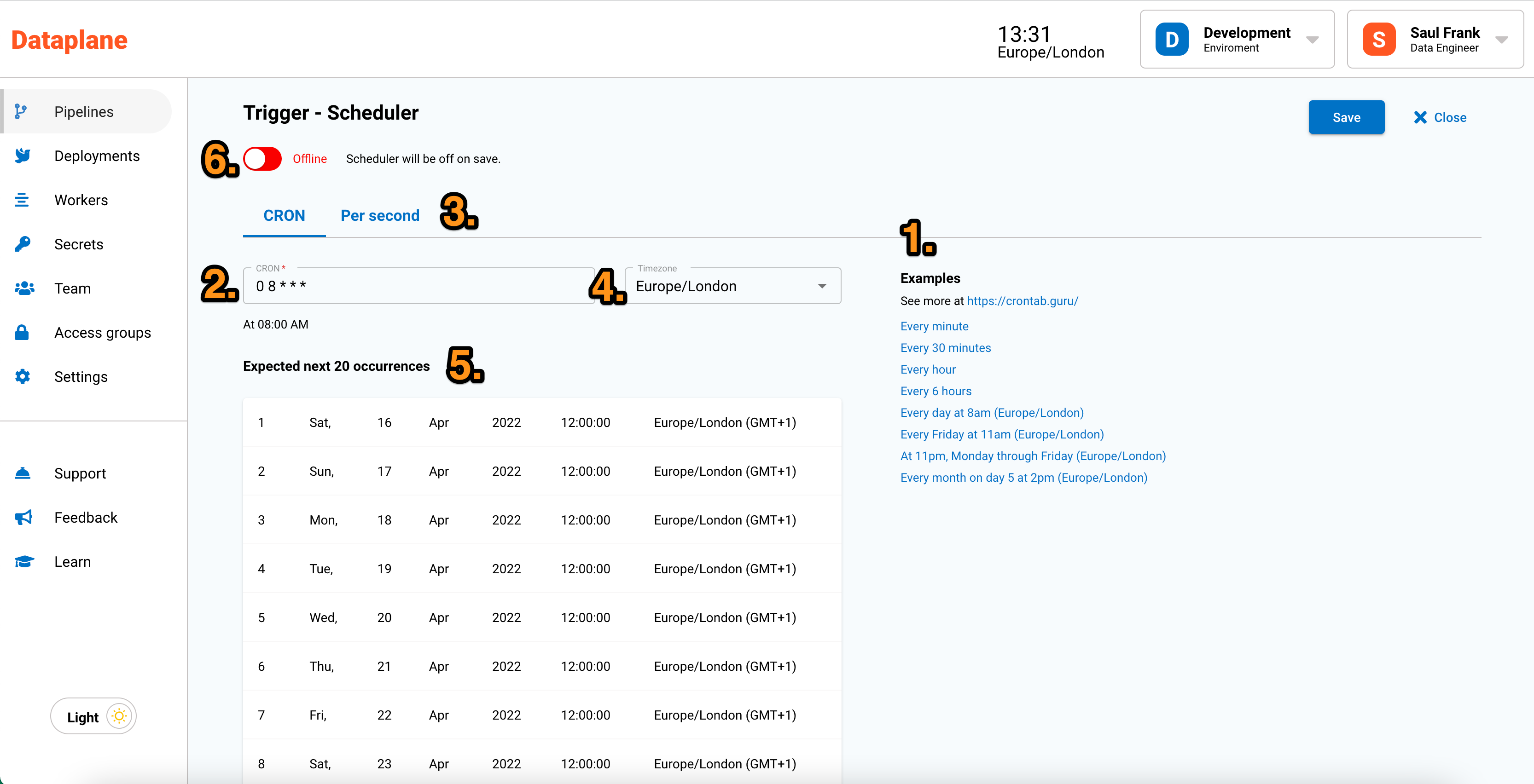 To allow for cloud native scaling and resilience, the main application which runs the scheduler can have more than one instance running as a cluster, and it is recommended to run three instances as a cluster. You can see an example of this in the Kubernetes installation guide. The Kubernetes deployment yaml does this by setting the replica set to three.

The first strategy is distributed locking. Each time a schedule is run, that run is locked for a period of 1 second which prevents the same scheduler from running more than once at the same time. This is the reason we recommend that per second scheduling is at a minimum a conservative 3 seconds.

The second strategy is leader election. Only one leader can run the scheduler. When the main application starts up, and it is the only instance running, it will elect itself as the leader. If more instances spin up, those instances continue to recognise the elected leader. The leader frequently broadcasts (or boasts) about being the leader to constantly make the other instances aware. If the leader crashes or becomes unresponsive, the other instances will randomly select a leader amongst themselves and the scheduler will be activated on that elected leader.

Changes made to schedules (including removal and online / offline status changes) can only be applied by the leader instance.